Published by Claudia on October 7th, 2022

Have you ever thought about water?

Water - for us Austrians, this resource is often taken for granted. For drinking, cooking, washing, swimming in it - we use it several times a day without even realizing it. What would our life be like if we didn't have running water? To answer this question we take a look at Kibera, Kenya's largest slum.

A wide variety of actors, from NGOs and the state to criminal constructs, are involved in the water supply of the Kenyan slum. Only wealthy Kenyans have a water pipe through which they can bring running water into the house from water tanks in the garden or on the roof of the house.

Most Kiberans buy water in canisters from so-called water kiosks, which are located in the middle of the slum. Some of these operate in a legal manner and are registered with the city. They get the water from the city mains and have a water meter. However, the majority of these water kiosks are illegal in nature, using plastic hoses to divert water from city lines. Since these hoses are usually leaky and poorly patched, dirt gets into the water.

The system of these water kiosks is very prone to corruption. The roads to the points of sale are often closed to prevent the delivery truck from passing. Only in return for a higher bribe is the continuation of the journey granted. In addition, the pricing of the water is far too high and varies according to their mood.

Children with disabilities are stigmatized in Kenya, which is why the daycare and therapy center is a thorn in the side of many, including the operators of the water kiosks. They charged exorbitant amounts for a can of water. Therefore, since 2021 there have been water collection tanks that are filled with rainwater. The water from these tanks is used very sparingly for washing, cooking and toilets. Alex and Florence, the heart of the Child Destiny Foundation, also have such a water tank at home, from which they carry the water to their apartment in canisters.

Kibera lies in a valley. The water collects there very quickly and especially in the rainy season, the larger streets are immediately under water, from where they slowly flow into the narrow streets deeper into the slum. Sewers are virtually non-existent. The few that exist are mostly clogged and dirty due to the lack of garbage disposal. Kibera's sewage flows through rivulets into the Nairobi River.

When Claudia was in Kenya in 2014, she noticed on a rainy day that a mother was not in the center. She was startled until she was told that this mother stays at home every rainy day to pour out the water that runs into the house through the windows in buckets in order to save her belongings from damage. In 2021, the Child Destiny Foundation therapy and day center was completely flooded and many important therapy materials such as mats and handmade chairs had to be disposed of due to the water damage. This is also the reason why the Kiberans try to store their items high up or put them in plastic bags (which are now banned in Kenya).

After a long, hard day, we often look forward to a warm shower. That too is not a reality in most parts of Kenya. As already described, there is no running water in Kibera - a (warm) shower at home is therefore not possible. That's why there are public showers and toilets in Kenya's largest slum, run by the state and NGOs. The use of the public toilets costs about 5 Kenyan shillings (about 5 euro cents). This is too expensive for many Kiberans, which is why they resort to "flying toilets". Flying toilets are plastic bags that are disposed of on the street after business is done. The children often play outdoors in the midst of rubbish and toilet waste, which often causes illness. 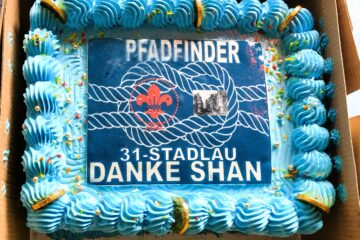 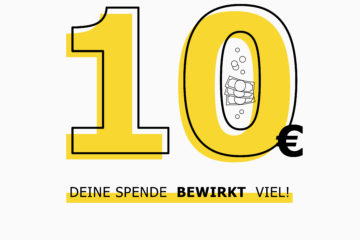 Was können 10 € in Kibera bewirken? 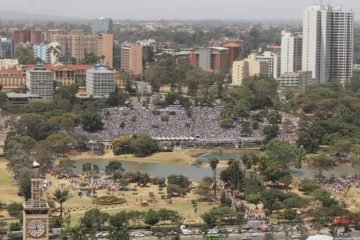